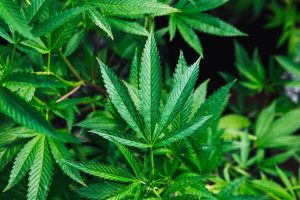 Few countries have legalized cannabis.  They include the Netherlands, the Czech Republic, Jamaica, Italy, Spain, North Korea, and Portugal. There are also some states in the United States that have legalized it.

In Canada, the bill legalizing cannabis (marijuana) for adults (18+ years of age) have been passed in October 2018.  However, this freedom is accompanied by regulations, including not being in possession of more than 30g.  One cannot enter or leave the country in possession of cannabis.  The rules are also very strict regarding driving while impaired by use.

If you commit a cannabis offense or are found guilty of an impaired driving offense, you could be fined, face criminal charges, or go to jail. International studies of vehicle accidents show that the following drugs are most often involved: cannabis (marijuana), opioids, amphetamines, benzodiazepines, or cocaine. Also, be aware that the combination of drugs and alcohol further reduces driving ability.

For a permanent resident?

For a permanent resident who is not yet a Canadian citizen, it is also possible to be declared inadmissible to Canada on grounds of serious criminality. The penalty for impaired driving by alcohol is now 10 years imprisonment. It does not matter whether the offense was committed in Canada or abroad. A permanent resident could, therefore, lose status and be removed from the country.

A criminal record may prevent you from becoming a permanent resident or Canadian citizen.

In general, a criminal record is used to describe information that the Royal Canadian Mounted Police (RCMP) keeps on persons charged with a criminal offense. This information is kept in a computerized file managed by the RCMP.

The RCMP’s criminal record includes a list of the person’s charges and convictions. The RCMP also keeps the information about the identity of that person, such as fingerprints or DNA.

One more reason to drink with moderation!