I am a permanent resident, can I lose my status?

There are several valid reasons for losing permanent resident status: 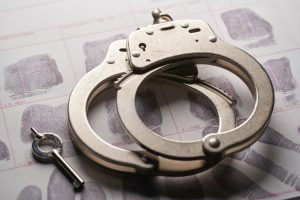 Permanent residents who have committed a crime in Canada or abroad are likely to lose status or even be issued a removal order forcing them to leave Canada. In some cases, they may be deported from Canada without any right to appeal the order. For example, a person may be inadmissible to Canada on grounds of serious criminality if one of the following conditions apply. If the person:

The following situations result in inadmissibility and removal orders from Canada. Did you drive while impaired by alcohol or even drugs? Have you used a false identity document to enter a bar while traveling in the United States? Did you assault someone with a knife?

There are many other reasons that could hinder your permanent resident status in Canada or even lead to inadmissibility. Do you think these examples seem trivial, and that it is all about punishment, about major crimes? Make no mistake, reasons such as sexual assault, selling cocaine/heroin/ magic mushrooms, or even credit card fraud can be held against you.

Right of appeal if I lose my status?

Does the permanent resident have a right to appeal a removal order? Certainly, but in such a case, an immigration lawyer who understands criminal issues is paramount. Only he or she will be better able than anyone else to analyze the impact of the charges on your status and represent you adequately in the legal proceedings to appeal the order on humanitarian and compassionate grounds that may apply to your situation.

It is worth recalling that the right to appeal a removal order is lost if the person has been sentenced in Canada to a term of imprisonment of more than six months. Or if a similar crime is committed outside Canada.